Electronic noses, tongues and irises to taste food like a human. This is the bet of Alpha Mos, whose history began in 1992. The company was founded in Toulouse on a revolutionary technological idea: to analyze volatile gases and derive information on the composition and quality of products. So she developed “solutions intended to digitize and replicate the functioning of the human senses of smell, vision and taste“, summarizes its CEO Pierre Sbabo.

Today it markets the Héraclès electronic nose, the Astrée electronic tongue and the Iris electronic eye mainly to the food industry. “Smell is the most important sense since nearly half of taste comes from smells”, slips Pierre Sbabo. In concrete terms, the instruments measure data for all types of food and products (cookies, energy drink, cream) without the need to adapt it.

What changes is the analysis of data collected by artificial intelligence and statistical analysis tools. These tools work thanks to the large proprietary database of molecules and sensory attributes developed over the years by Alpha Mos. From this study emerge technical results, such as a peak on the chromatograph, which are translated into human sensory terms to be easily analyzed, that is to say, to talk about metallic taste, rust, or too much acidity. 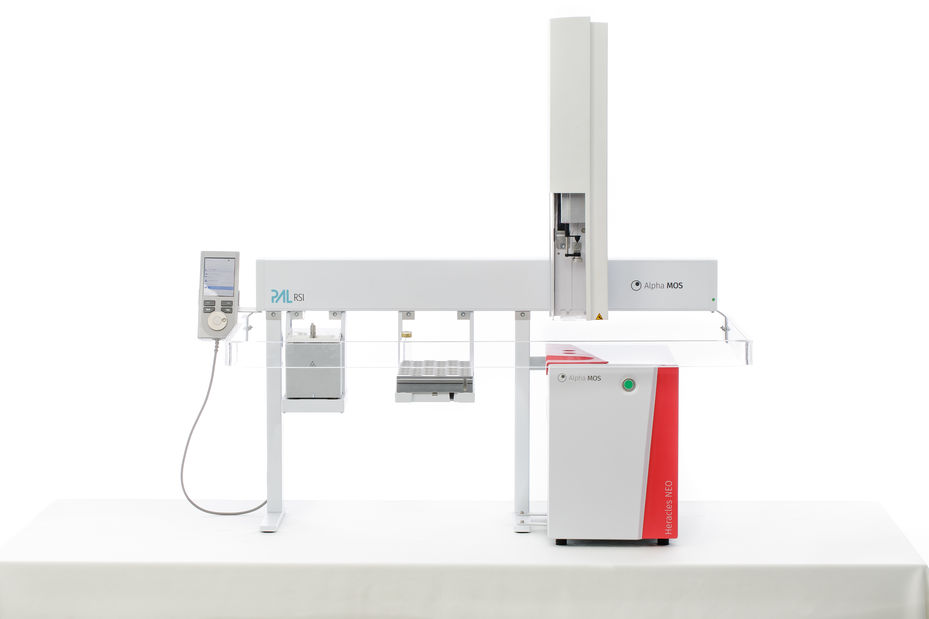 In his early days, the founder of Alpha Mos invested heavily in R&D in order to develop the technology of electronic noses and tongues. The company, which has been listed since the beginning of 2020, was forced to file for bankruptcy in 2014 but was taken over. Since 2017, most of the shares have belonged to the funds Jolt, which specializes in deep tech, and Ambrosia, which focuses on food tech.

At the beginning of 2020 Pierre Sbabo took over the reins of the company, whose development and production processes had already been considerably strengthened by his predecessor. Its objective is clear: to accelerate the marketing of products in order to be the leader in this market. To achieve this, the strategy is simple since Alpha Mos enters manufacturers through R&D before carrying out deployments at the level of production lines. 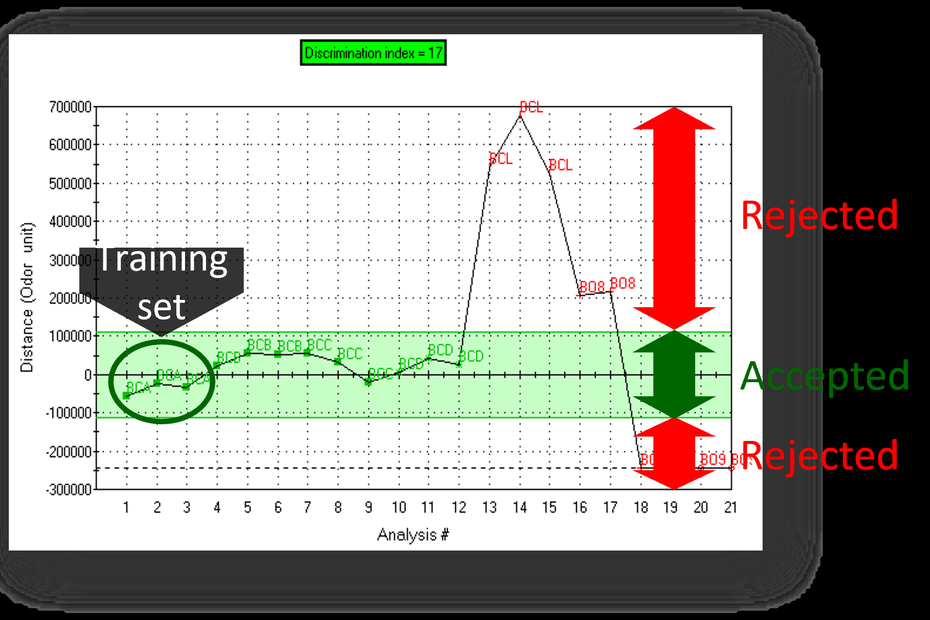 An example of quality control of data collected by the electronic nose.

Accelerate the development of a new product

The company claims that its range of electronic noses, tongues and irises can approximately halve the development time of a new product. Alpha Mos therefore targets industrial R&D departments in order to reduce the number of failures in the launch of new food products. And getting a foothold with manufacturers through this door is easier since Alpha Mos is aimed at a population that is more informed and more comfortable using new tools.

The other use of its solutions concerns quality tests during production. Here it is necessary to display a simple and fast result to the operators. For the moment, electronic noses and tongues are mainly used in R&D, but Pierre Sbabo thinks that in “two years” Alpha Mos’ activity will be greater in production lines than in R&D.

“Instruments are only a meanshe explains. If in theory they make it possible to replace human tasters in the food industry, the goal is rather to increase them”. Alpha Mos ensures that its electronic nose solution is more reliable, faster and can be used for a larger number of samples.

The CEO evokes a taster profession that is still very traditional since the testers taste coffee, yogurts and drinks at the same time. Sometimes it is people working in the factory who volunteer, especially because the manufacturers are short of staff for these positions. The agri-food industry, which is rather conservative, is forced to digitize to respond to this lack of manpower, accelerate production rates and develop new products more quickly. A boon for the Toulouse.

A focus on food…

For the moment Alpha Mos is therefore focusing on the top 100 agri-food manufacturers and is already working with 1/3 of them. Historically, it carries out most of its activity abroad since the founder, now gone, was more attracted by international exports than by the French market. Proof of its international footprint, Alpha Mos has offices in Baltimore, Shanghai and Tokyo. But under the leadership of its new CEO, the company is trying to rebalance itself to attract French industrialists, some of whom are already working with Alpha Mos but via their subsidiaries abroad.

Alpha Mos achieved a turnover of 5.5 million euros in 2021 driven by a growth of 50%. While growth is likely to slow this year, due to weaker sales in China, the objective is to maintain double-digit growth over the next few years. With around fifty employees, the company intends to carry out some recruitments to strengthen its team and customer support.

… but many other opportunities

Alpha Mos solutions are installed in a few days at the customer, but the latter can continue to refine it over several months. The refinement of the models requires collaboration between humans and machines, since it is the words of the former that make it possible to refine the analyses. The Toulousain sees its activity strengthening on this subject going in this direction wishes to develop a TaaS offer for Test-as-a-Service. “Until now, the processing of quality data has remained secret. But more and more manufacturers are asking us for advice on improving the models”, explains Pierre Sbabo. Going in this direction of refining models and selling services, Alpha Mos approached a company specializing in the training of human testers.

The company assures that it could work in other industries such as petrochemicals, cosmetics, pharmaceuticals, but focuses first on the food industry. Proof, if needed, that the technology can be used in other sectors, its subsidiary BoydSense focuses on measuring glucose levels. The objective is to offer a new follow-up solution to diabetics through breath analysis. Pierre Sbabo adds that the company has links with the cosmetics and pharmacological industry, in particular to measure food supplements and taste maskers for drugs. Electronic noses and tongues seem to have a bright future ahead of them.


You can view our social media pages here and additional related pages here.https://www.ai-magazine.com/related-pages/